Please tell us a little bit about yourself as well as including the kind of work that you do?
My name is Ange Strom-Weber and I live in Providence with my girlfriend, who I keep forgetting to call my fiancee!  I work at Wheeler School, mostly in administration.  I went to Wheeler myself as a high schooler, and I loved it enough to come back as an adult.  In my spare time, I participate in competitive team puzzle solving events, I scuba dive, I watch TV and play video games, and I testify at the RI Statehouse.

TWP has been working to pass a bill that codifies Roe V Wade into RI state law. We are interested in the ways that Reproductive Freedom impacts your life and the work that you do?
Three moments that made me realize just how broken our country is when it comes to reproductive freedom, even with Roe v Wade still standing…A) A conversation I overheard between a few college girls … I don’t remember the exact wording, but of them said something along the lines of “Don’t be an idiot, orange juice doesn’t prevent pregnancy, it just reduces the risk.”  How can there be any reproductive freedomwhen the people who have uteruses don’t know how they work?

B)  My sister was home from college December and I found out what a total badass she is.  She was at a tiny school in The Middle of Nowhere, Ohio, and when young women needed Plan B, they had to do to the Walmart pharmacy where the clerks would try to intimidate and shame them out of it.  But word got around that my sister Hanna was stone cold, so whenever any of her friends needed Plan B, they would send Hanna in and she would intimidate and shame those clerks right back.  But most young people don’t have a Hanna, and that means that even in places where things like contraception or abortion are “legal” they may not be realistically available.

C)  I guess this isn’t a specific moment, but an accumulation of memories of women trying to “reassure” whoever is listening that they only take birth control pills because of excessively painful periods, or acne, or endometriosis.  Of course, people of any gender should take those pills for whatever reason they and their doctor find necessary, and it’s awesome that oral contraceptives can also help people with so many issues.  But I hate the implication that those are “good” reasons for taking birth control pills, and that wanting to enjoy sex without the risk of pregnancy is somehow a “bad” reason. 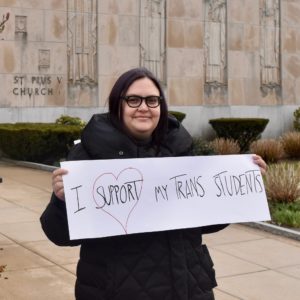 When you think about your community (or communities) what is something you would like them to know about Reproductive Freedom in RI? Why?
It’s so easy to think that everything is fine up here in the northeast. “Thank god we’re not in Mississippi or Alabama!”  But I wish people knew that Rhode Island has some of the most restrictive abortion laws in the country, even compared to many southern states, it’s just that right now those laws are overruled by Roe v. Wade.

In many states, if Roe gets overturned, you know that their legislators would rub their hands together gleefully and cackle, and go to work the next morning to create law after law to restrict abortions. But people don’t know that in RI, the legislators wouldn’t have to make any new laws, those laws already exist, so the morning after Roe was overturned, we would wake up and the restrictions would already be in place.

That’s what makes it especially disingenuous for Speaker Mattiello to say that there’s no reason to get worked up about abortion, that if Roe is ever overturned then that would be the time to start looking at reproductive freedom in RI, but not until then. But he knows that by then it would be too late.

Another thing I wish people knew is that RI has a law that the “husband” needs to be notified if a woman asks for an abortion. This was ruled unconstitutional in the early 80’s but our General Assembly has apparently decided they don’t care about constitutionality, and this law still exists 30 years later. Recently, states like Louisiana and Texas have *tried* to enact similar laws but they were shot down by the judiciary. I guess I dodged a potential bullet by marrying a woman!

What are the best ways in your opinion to educate people about this issue?
Campaign for the Republican candidate in Cranston – one extra Republican in the RI General assembly will barely make a blip, but getting rid of Speaker Mattiello is priceless.

Anything else you’d like to add?
I feel really strongly that the cornerstones of reproductive freedom are comprehensive sex education, free and easy access to contraceptives, and dismantling the shame built up around women having and enjoying sex. I know that abortion gets all the headlines and I’m deeply committed to ensuring that the right to abortion becomes enshrined in RI law, but reproductive freedom starts way before a person needs to get an abortion. And you never see forced-birth advocates standing up for these things – if abortion is so morally reprehensible to you, why aren’t you at the Statehouse advocating for better sex ed or access to contraception, which would certainly decrease the number of abortions in our state? It’s a logically incoherent position to take. So I’ve kind of reached the conclusion that they don’t actually care about protecting fetuses, they are really just all about punishing women for having and enjoying sex. 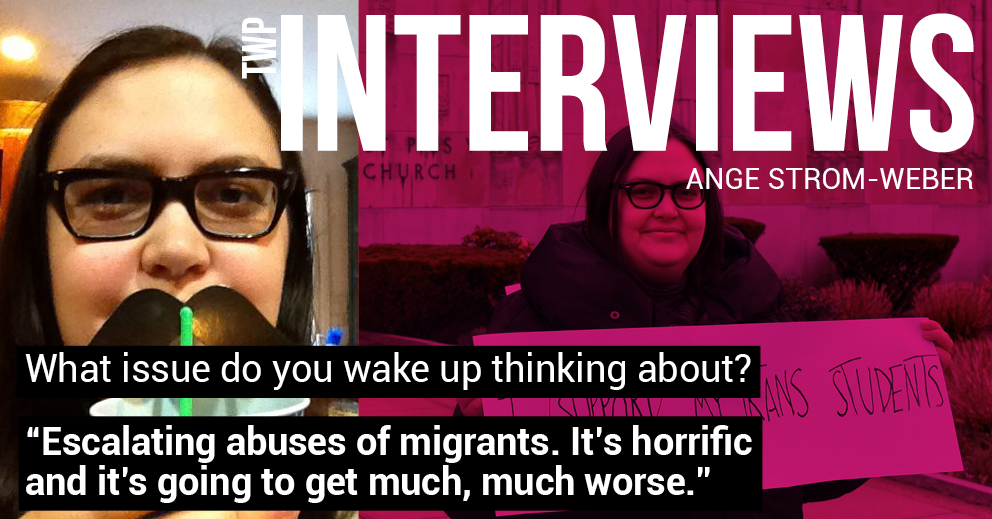